What’s the best way to learn something new like rock climbing? What’s the best way to master the physical skill needed to be a proficient rock climber? You can force yourself to climb over and over again, to practise it for hours and hours, but you’ll likely get disheartened, especially as a beginner. You could watch others do it, but that’s not as effective as trying it yourself. You could read about it, but that’s boring … except this article of course!

There is another way though. A fun way where you learn to climb without knowing you’re learning. Where enjoyment is primary and your improved technique tags along for the ride …

Welcome to the world of climbing games!

If you are completely new to climbing or want to learn a bit more about climbing before you take your kids to their first session, you might want to scrub up on your climbing lingo. A few words and terms used in this article may be alien to you, so a read of our climbing terms article will certainly help.

This article will teach you ten rock climbing games, beginning with the objective of each game, who it’s suitable for and the preferred number of players, before saying how to play it and the benefits of playing.

Most of the climbing games can be tailored to all ages and abilities. Some though are targeted at more experienced climbers looking to add fun, variety and healthy competition to their training or to help them improve weaker elements of their climbing. And others are aimed at parents who take their children to the wall and wish to keep them entertained that little bit longer.

The article is geared more towards indoor climbing games and bouldering games. But a few work better as rope climbing games, and also outdoors if you can find suitable rock and take appropriate care over safety.

Objective: Get to the top of a boulder problem with a gradual reduction in the number of holds.
Suitability and number of players: All ages and abilities (but best played with people of a similar standard); either on your own, in pairs or a small group.

Pick a bouldering problem that you can all easily complete. Take it in turns to climb. Then choose one hold that can’t be used, and all climb it again. If you can’t do it, you’re out. Then eliminate another hold, and repeat the process. Each time a hold is taken away, the problem gets harder and harder.

You become more creative when holds are removed, having to work out how to move your body in different ways and in different sequences, and more dynamic too, as you leap across wider gaps between the holds.

Objective: Create a new boulder problem one move at a time.
Suitability and number of players: Intermediate/experienced climbers of all ages; best in pairs with someone of similar ability.

One person chooses a starting position, using holds of any colour if indoors, then completes a move to a new hand hold and one or two new foot holds. The second person repeats the move, but then ‘adds-on’ another of her own. The first person, or third if you’re playing in a group, adds a third move, etc., etc. If you fall off, you’re out and must wait for the next round.

It’ll improve endurance as the problem gets longer and longer, and the skill of remembering the sequence of moves. It’s also an opportunity to stitch up your friends if they’re less good on crimps than you are, or not that flexible … or just too short!

Objective: Climb for as long as you can following a colour spinner to tell you the next hold.
Suitability and number of players: All ages and abilities, but aimed at children and beginners; two or more players.

Just like the traditional game of Twister, but vertical rather than horizontal! It’s played indoors with lots of colourful holds that hopefully match the Twister colours of blue, red, yellow and green – if they don’t, you can always add coloured tags to any holds. One person spins the spinner (either from the game or a homemade version) and directs one or more climbers to follow the instructions: right hand green, for example. Then continue to do what the spinner dictates until each climber can’t go any further or falls off.

A great bouldering game that helps your endurance as you could be hanging on the wall for a while, especially if in a larger group, as well as creativity and flexibility, particularly if the next move for your foot is above your head!

Objective: Climb away from a chaser, or chase a person climbing.
Suitability and number of players: All ages, but aimed at children; at least two, but a group is better.

Just like the traditional playground game of ‘it’ or ‘tag’, you need one person to chase, and one or more to climb away from the chaser and try to avoid being caught. Once tagged, you become the chaser. Best done indoors on an easy section of the wall that others aren’t using as you don’t want to cross over their problems. Also take extra care if climbing underneath somebody (it’s not normally advised, but hard to avoid in this game) and don’t jump down.

One of the most enjoyable climbing wall games for groups that also improves speed and stamina, particularly if you’re good at evading the chaser.

Objective: To climb as many routes/problems in a given time.
Suitability and number of players: Intermediate/experienced climbers; on your own, but better in pairs of comparable ability.

Discuss between you and your partner whether you’d like to focus on one bouldering grade (indicated by the same colour when indoors) or multiple grades, or if you’d like to climb routes instead using the auto-belays. Then set a time – 15 minutes is recommended – and aim to climb as many routes/problems as you can. The winner is the person who ticks the highest number.

This will improve your power endurance, especially if the problems are difficult, as you go straight from one challenge to the next.

Objective: Gradually increase the length of the climb by going back to the start after each move.
Suitability and number of players: Intermediate/experienced climbers; a good game to play alone, but still works with more.

For the lemon part of the climbing game, start at the bottom of a boulder problem and do the first move, then reverse it back to the start (but don’t touch the ground). Now do two moves and return to the start. Keep going until you reach the top. The lime part is the opposite and follows on from the lemon: from the top of the climb, go down one move, then back up to the top; then down two moves and back to top; and so on. It finishes when you reach the ground.

This is one of the best climbing challenges for endurance, and it will develop the skill of down climbing, which is particularly useful on longer trad routes when you might need to down climb to a position of rest before retrying the crux.

Best done outdoors on very slabby rock; it’s possible to do it indoors, but it’s much harder as even the slab walls tend to be too steep. Once you’ve chosen a good piece of rock, ideally with lots of friction – gritstone is best – on a cold day, then take it in turns to try to get to the top. If it’s too easy, move further along the slab where it might steepen or have fewer features and indentations.

This will greatly improve your footwork, as all your weight must be over your feet. You’ll learn to stay in balance, moving carefully and slowly, though sometimes quickly if it’s a tricky section where momentum helps.

08One hand or one foot

Pick a route or boulder problem, indoors or outdoors, and climb it using three limbs. You can either use two hands and one foot, which is easier on steeper routes, or one hand and two feet, which is easier on slabs. If in a group, once you have all climbed it, pick another route and keep going until only one person is able to complete it.

Objective: Climb with silent footwork … not how to send the world’s hardest route!
Suitability and number of players: Suitable for intermediate climbers looking to progress; children might struggle in their exuberance to get to the top; fine for any number of players.

On any route or boulder problem, whether indoors or out, aim to place your feet so smoothly and precisely on a foothold that no sound is detected. Get your partner or the rest of the group to listen very carefully. If there’s a noise, you’re out, and let the next person try to get even further along the route.

Precision in your footwork will help you climb with greater speed as you won’t need to replace your foot multiple times until you find the best spot. And doing it silently means the degree of force will be applied smoothly and gradually, which means you’re less likely to slip and more likely to flow from one hold to the next.

Objective: Get to the top of a wall without seeing where you’re going.
Suitability and number of players: More experienced climbers, in pairs.

No particular rules for this wall climb game, beyond getting a blindfold (or rolling up a T-shirt and tying it around your eyes) and climbing! Best to do it on top-rope. You’ll quickly learn that you’ll need to use your hands to feel around for hand and foot holds, or rely on your belayer to instruct you.

Improves your sense of touch, feeling not just for the best hand hold, but the best part of the hold. You will become more aware of tiny dimples and variations in the surface. And once your vision is taken away, you’ll understand how difficult it is to move your feet without first looking at where to place them, which will increase your appreciation of good footwork.

So there you are: enough climbing games to keep you entertained whilst improving your technique and endurance … a triple win! 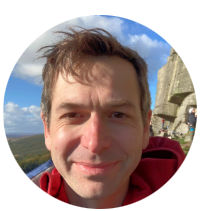 Henry Meier is a writer, teacher and, most importantly of all, an avid climber and lover of the great outdoors. Having lived in York and Sheffield, where he developed a healthy obsession with the gritstone, he’s now based in the south east, but still travels as much as possible to the best climbing venues around the UK